The weekend 15-17. January a group from the local chapter of the nature photo organization BioFoto visited Ole Martin in Flatanger for the 6th (or 7th?) time. Some of the participants have been returning on this joined tour every year and some were first timers. To fill all places this year we also had BioFoto participants outside the Trondheim area. During the latest years the success rate among us have increased considerably both due to experience and also improved equipment such as high ISO capable DSLRs. This year’s tour was the most successful so far and every participant got good images of eagles. Some of us also had great success in the relative new hide for goose hawk. 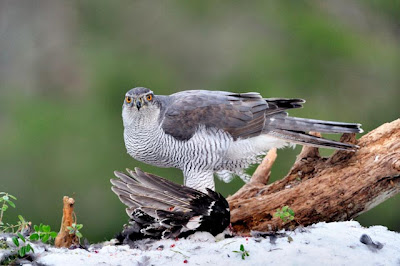 Of course it is easy to utilize Ole Martins hides without doing much ourselves, but those who claim it takes no effort at all to take good photographs of eagles and hawks from hides should try themselves. The best scenes often arise in a split second and if you are not ready you miss the shot. It is also very fascinating just to observe these large birds at close range. 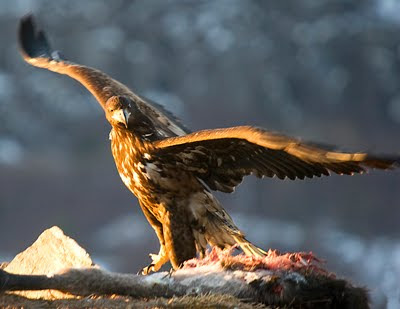 The advantage of going relatively early in the year is that the chances of fights and action among young birds is high, but the down side is that there is less light available. This year we were quite lucky with the weather conditions, but as long as there is birds to photograph all conditions may yield good shots. 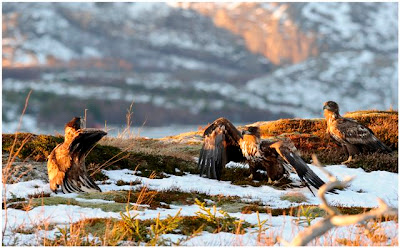 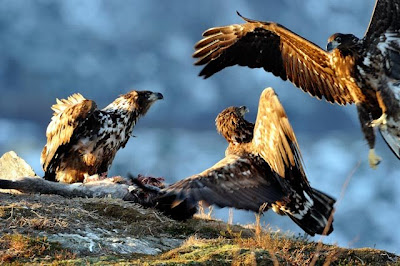 Saturday evening we joined a common meal at the nearby Zanzibar Inn at Lauvsnes. The local caught cod was excellent. 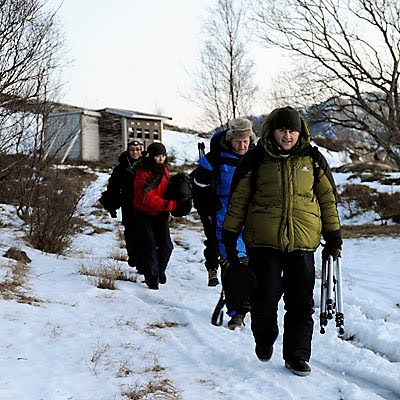 We will be back. The date for next year’s tour is already set!