As a old band singer it’s good to see that the young once is doing well. A local band from Flatanger called Bad Influence was into a competition Saturday night in the town called Steinkjer. Wenche and i try to go and see what we can when they have a kind of performance. For me it’s difficult during summer but this time i have time to support the local stars:-) 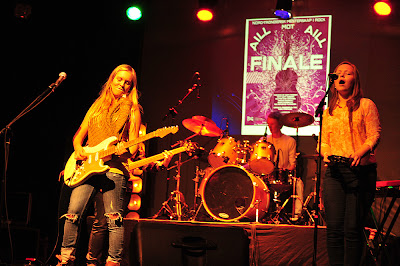 This band is called Bad Influence and in the band it’s Isak with his bass guitar, Tora who is the singer and the guitar player and Guri who is a singer as well + our son Vetle (drummer) who is Tora’s cousin. They make all their music themselves. 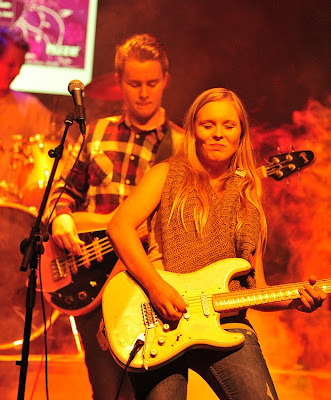 This autum they have been in different qualifications and saturday the 3. Desember they were in the final togetter with 5 other bands. 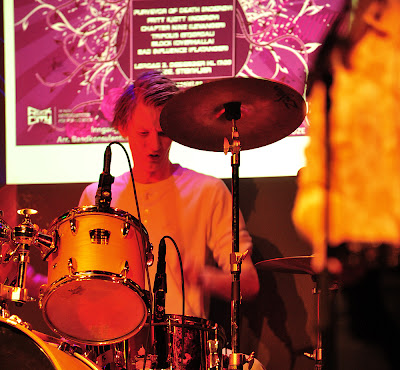 This was the final to be Nord-Trondelags best rock band. Very good bands all of them. We knew that over local boys and girls is a good band but we did not imagine that they would be the all over winners!! But they took rock and roll back to to land of the Sea eagles!!! 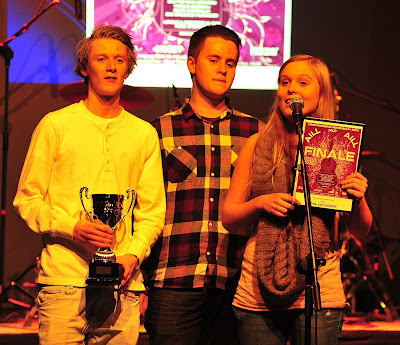 This was just a great moment for us. Good to see that young boys and girls take their hobby seriously. And it was a few proud families driving back to Flatanger. 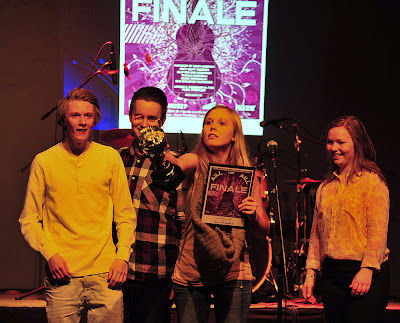