Thursday 5.December 2013
November again. Days are getting shorter but there is still enough light for modern digital cameras. But where to go to take your photos? In Flatanger this is the time when autumn and winter fight with each other about who is in command. Rainy days are mixed with some sun and the possibility of snowfall is never far away. This variation in weather together with the varied locations provided by nature guide Ole Martin Dahle makes for fantastic opportunities when it comes to bird photography. This year, I spent a small week in Flatanger at the end of November, – and what a week!  Demanding – yes! Fun – Yes!
The first day was after a heavy storm and it was impossible to be in the hide. A ride along the coast revealed damaged house and in two cases where small storage houses simply blown away. Some gulls stood for today’s entertainment. 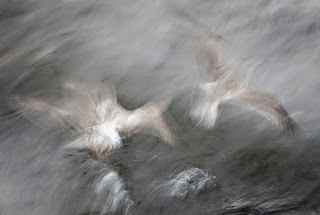 The next day was in the mountains with some rain. We had both a grouse and ptarmigan as extra treats so the golden eagles where happy, as well as we. 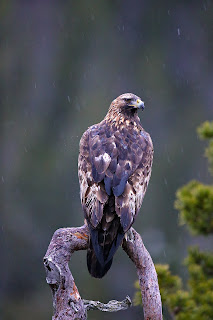 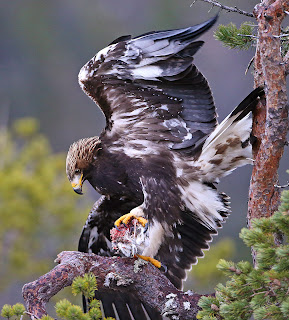 In the late afternoon the snow started to fall and completely changed the landscape and our photos.
The snow continued during the night and the next day everything was covered in snow. The light turned better and the snow provided both backdrop and extra motion to the situations when the golden eagles where fighting. God bless the snow! 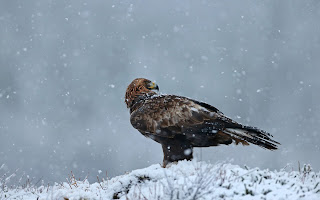 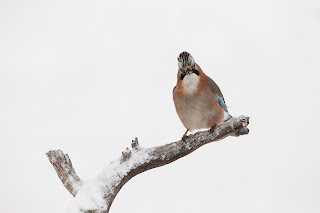 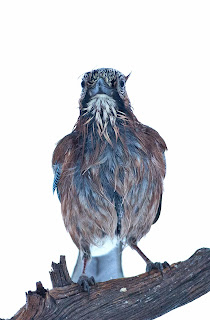 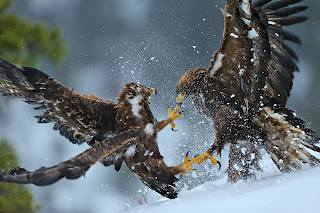 A sunny day provided a golden foundation for a shot of a landing eagle or a magpie taking off. 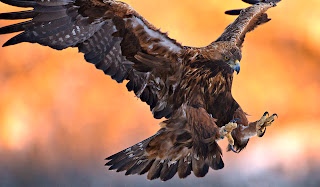 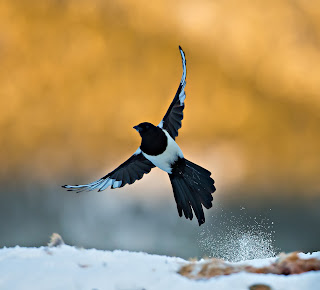 After another night with snowfall,  Ole Martin offered a boat trip. Well dressed we went out in dull whether. Dull weather is Gull weather so the first shot was of a young gull. A flash with some CTO filters and a white balance on tungsten light gave some interesting effects. 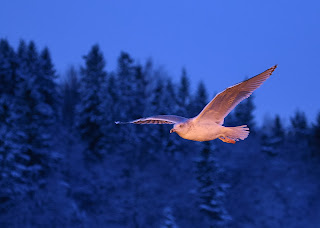 Further out, the sun welcomed us and there was wonderful action. For me, the most interesting thing was the snow covered islands that gave a fantastic backdrop to the white tailed eagles. 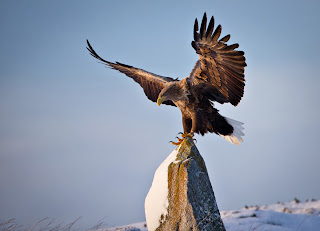 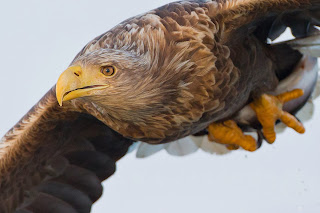 The very last day. A heavy snow fall was forecasted by yr.no. Ole Martin stretched the limit and we went off with the boat again. The snow fall was really heavy and gave the autofocus a hard time in the vanishing light. A shot with a shutter speed of about 1/100 s provided some speed in the shot of the diving WTE. 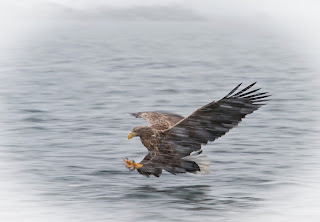 While the falling snow made an shot of an ordinary gull an interesting picture. 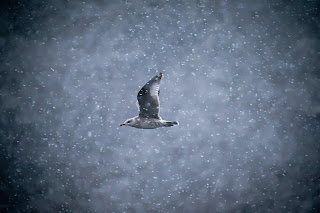 As an example of our guides outstanding dedication, a couple of purple sandpipers where spotted on a small skerrie. With no hesitation, the boat was put to the shore and we could crawl out and take some shots of this very tough little bird. 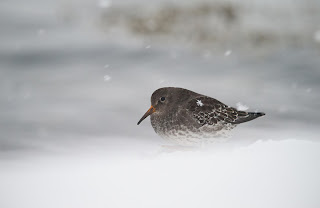 I would like to thank my company during this week for some outstanding times in the hides, on the boat and not at least during the evenings in the nice house were we lived. Thanks to Minna and Markus, Mira and Dick, Frode, Kenny, Tom and last but not least, Ole Martin for a fantastic week when autumn meets winter.
Gunnar Aus
Sävedalen, Sweden